Already 15 years passed when I played QuakeWorld and I feel too much nostalgic remembering those days. QuakeWorld (aka. Quake1) was released in 1996. It celebrates 21 this year and I tried to go back to 2002-2008 (it was the time I played QW quite professional). I must say, that well-known players such like Milton, Locktar are still on the track.

I always dreamed about attending to QHLAN or QuakeCon but never did it because of bad time (school, studies). Right now I have such an opportunity, thus I’m planning to attend QHLAN and/or QuakeCon next year! Not to win(?) something but to meet QuakeWorld legends.

I remember my hardware setup when the movement was really smooth. Those days most important components were mouse and monitor. I used Logitech MX300, Logitech MX518, Razer Boomslang, Razer Lachesis mouses, 100Hz CRT monitor (which means 100fps), gaming mouse pads such as Razer Mantis, Razer Pro, thus I do not accept to be worse than in 2002. But it is. I will tell you the story.

Ok, so today we count 2017 and I have what I have. MacbookPro 15” Retina (60Hz). Boys are growing up, hence toys are getting more expensive. I installed ezQuake client for OSX, copied back my old great stuff from id1 and qw directories and let’s frag. By the way, you can find my configuration (updated) file here.

The first aid is cl_maxfps, but it actually wasn’t.

With macOS Siera predecessors (Yosemite, Maverick) it was possible to turn off vertical synchronization for GPU. With Siera release, it’s not possible. Fortunately, ezQuake has vid_vsync switch to on/off this option in the client, not in the driver. It’s always better to define this limit to value based on the refresh rate of your monitor (60, 100, 125, 144, …). Do not set cl_maxfps to 0, you will why later in this post.

Because I play with MacbookPro, I have 60fps, thus I set cl_maxfps to 60 and I have a lag between frames about 3-10ms with vid_vsync 0. I turned this on because by default it’s off. It’s a little bit better, because of eliminated v-sync lag which dropped to 0ms. You can verify the lag by typing show vidlag in the console. 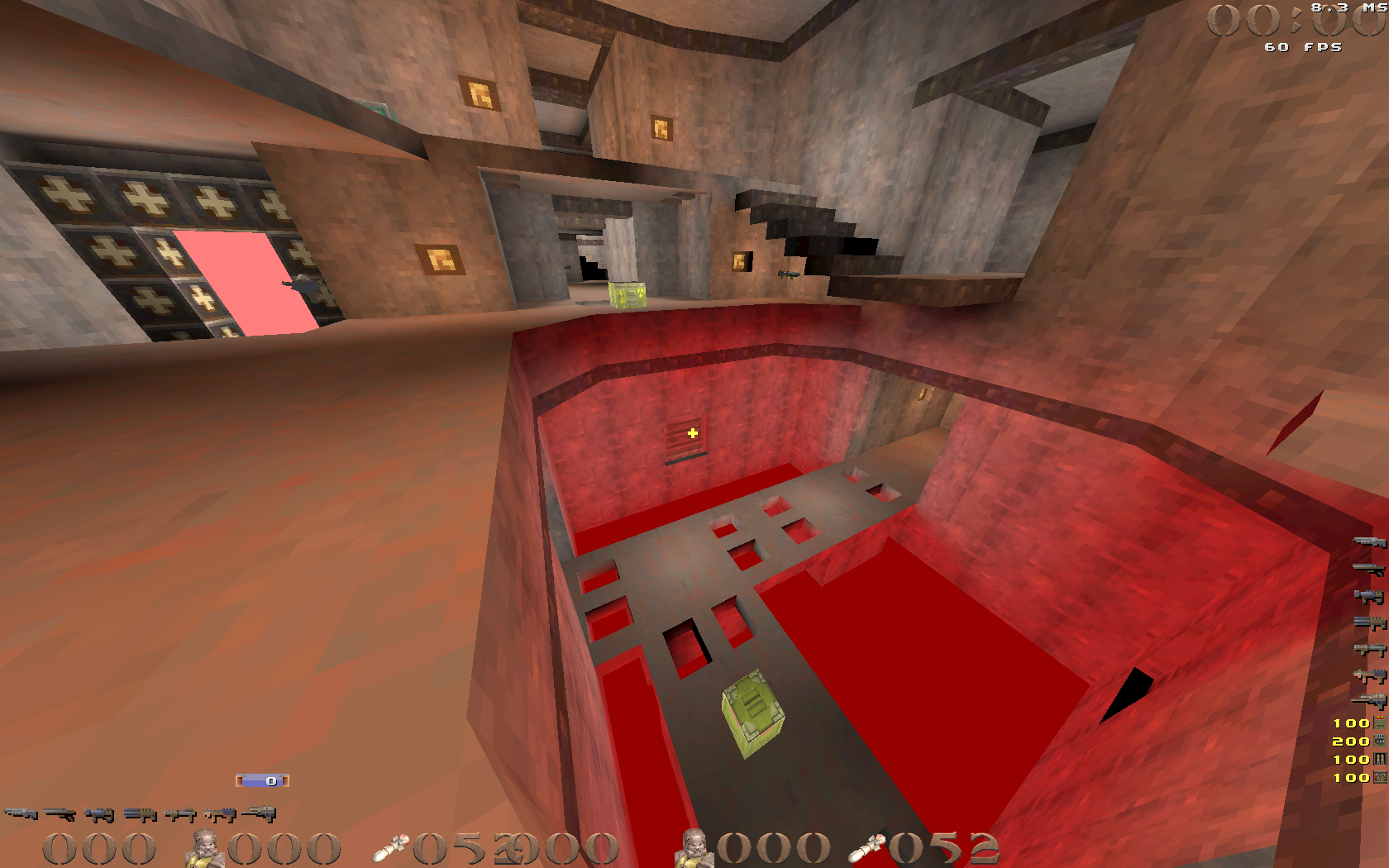 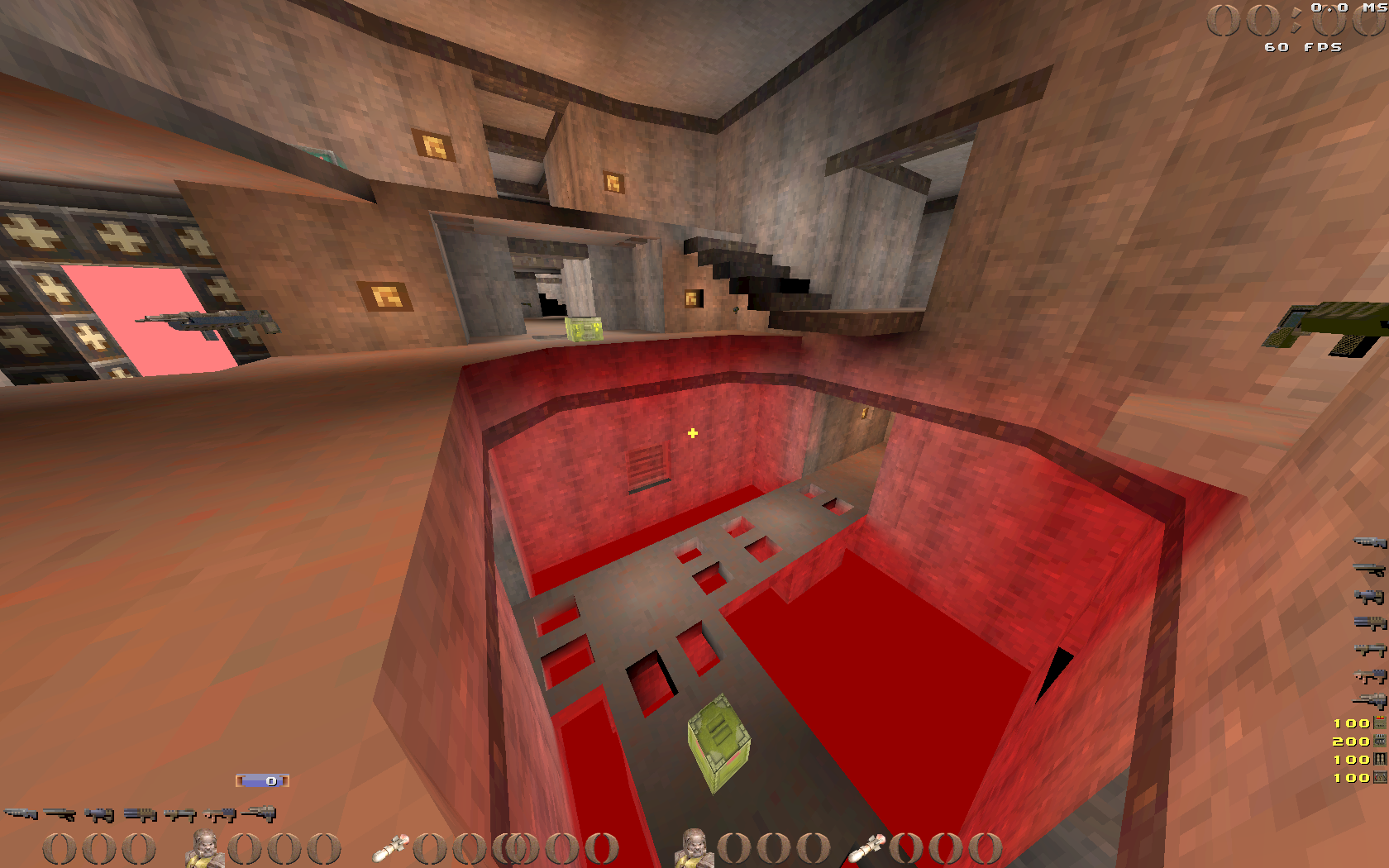 I read ezQuake documentation and found some really interesting configuration cl_vsync_lag_fix which should eliminate the lag. It dropped to 1-2ms with v-sync turned off, but way too far to be 0.

Well, I set cl_maxfps 60, vid_vsync 1. I have no lag, but still not smooth, let’s dig more into this stuff. And here cl_physfps option comes into play. This is usually set to 77fps on almost all servers. My cl_maxfps is 60 (which is a hard cap), the server is running with 77. Fortunately, it’s allowed to override this value independently by setting cl_physfps to 60.

This is the source code snippet which controls cl_physfps:

According to this snippet, minimum value should be elected like min(cl_maxfps, cl_physfps), but in the real world in doesn’t work. Why? It looks like this works only if cl_independentPhysics is turned on:

Quake1 is not dead, it will never be changed with something new! There were few attempts: Quake2, Quake3, Quake4, QuakeChampion. I played Quake1, Quake2, Quake3 and I can confirm that with every new Quake version the gameplay is getting boring and boring. I don’t know how it’s going with QuakeChampion, but I’m pretty sure it’s not comparable with Quake1 anymore! The good news with QuakeChampion is that it inherited bunnyjumps from Quake1.